Pharmaceuticals in the waters

My name is Rafael, I am the ESR13 (that lucky number) of the InnovEOX project. I am the first ESR to start my project and the first to start the blog. My first topic will be about the presence of pharmaceutical compounds on the water streams and their impact on the ecosystems.

Pharmaceuticals in the waters

Pharmaceuticals are synthetic or natural chemicals that are used to treat and prevent diseases in humans and animals and are usually classified according to their therapeutic function. An unavoidable consequence of the increased use is their detection in the environment, although the concentrations reported in most aquatic environment are generally very low. Nonetheless, their presence in water, even at very low concentrations, has raised concerns among stakeholders, such as drinking-water regulators, governments, water suppliers and the public, regarding the potential risks to human health from exposure to traces of pharmaceuticals via drinking-water (1).

As you can see on the figure down below, there are many routes by which pharmaceuticals enter the environment. The most common routes are through human consumption, elimination (through urine and feces) and disposal via wastewater. The wastewater is collected into wastewater treatment plants (WWTP) where pharmaceuticals are released into the environment through their effluents into water streams. Veterinary medicines enter the environment direct, through the application to household pets, livestock, and aquaculture, or indirectly, through spreading of livestock manure as fertilizer for agricultural fields and subsequent agricultural runoff.

Pharmaceuticals, as well as many other chemicals, are designed to interact with specific processes to alter physiological function and produce a therapeutic response in target species. Many of the processes and mechanisms through which they interact are conserved across vertebrates and share high homology with target species. Therefore, there is much interest regarding the potential impacts of pharmaceuticals in non-target aquatic species. Of major concern are the potential impacts on fish reproduction and the maintenance of healthy populations of fish in waters contaminated with pharmaceuticals.

Moreover, it is important to emphasize that pharmaceutical compounds are not the only chemicals that pose concern. Personal care products including cosmetics, shampoos, soaps, deodorants, sunscreens and toothpastes are also harmful to the environment. However, since pharmaceuticals are normally governed by stringent regulatory processes and require rigorous preclinical and clinical studies, they are generally better characterized than other environmental contaminants.

The impact of pharmaceuticals in the aquatic ecosystems.

From the numerous classes of pharmaceuticals, I would like to focus on steroid hormones.

Reproductive steroids such as natural steroidal estrogens are an important component of the endocrine system. Often mediated via environmental cues, these steroids are vital in sexual differentiation, behavior, and the development of secondary sex characteristics and gonads in fish (2). These factors can influence the overall reproductive fitness of a given organism. Therefore, it is very possible that environmental estrogens (EEs) can disrupt reproductive and developmental functions by mimicking the effects of natural steroidal estrogens (3).

One well-known EE that is detrimental for the aquatic ecosystems is 17α-ethynilestradiol. This compound is a synthetic estrogen that is used as an oral contraceptive.

One of the major sources of 17α-ethynilestradiol are the effluents of WWTP (4). Due to the long half-life of this steroid and its bioconcentration in the biota, the concentration of 17α-ethynilestradiol on a fish body can be more than 300-fold higher than that in the environment (5), and its potency can be 10–50-fold higher than natural steroidal estrogens (6). Numerous studies have shown that 17α-ethynilestradiol could potentially contribute to reproductive dysfunction in wild fish populations, given its high potency and wide distribution. One very important study has shown that at the concentration of 0.4ng/L, this EE adversely affected the survival, growth, sex differentiation, and breeding success of zebrafish (Danio rerio) (3).

0.4ng/L is an extremely low concentration. To put that into different a perspective, it is the same concentration of a small sugar cube dissolved into a volume of water equivalent of 8000 olympic pools combined!! 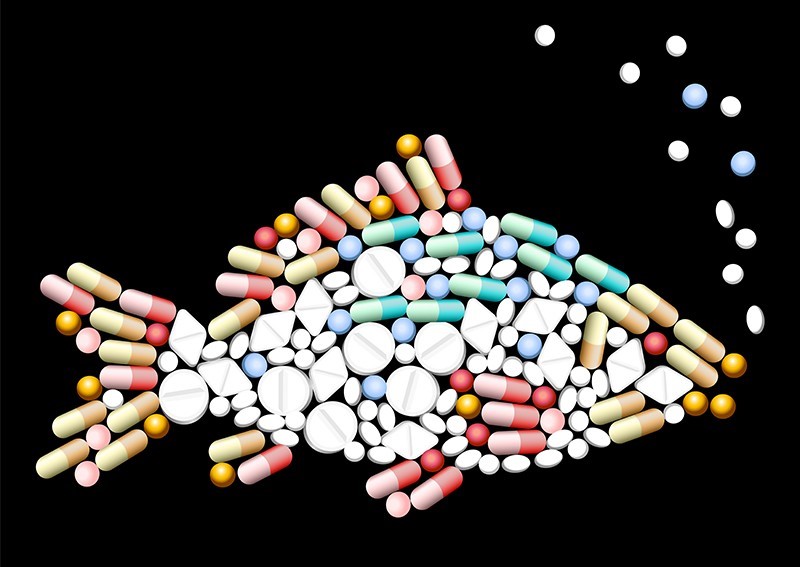 The role of WWTP

Now, some of you might ask: “But shouldn’t the WWTP remove pharmaceuticals while treating wastewater before releasing it into the environment?”

Well to be fair, WWTP were originally not designed for the elimination of these contaminants. Indeed, the amounts of various contaminants detected in inlet and outlet water of various WWTPs confirm that many of these substances are not effectively removed by conventional treatments and thus found in ecosystems (7).

In the frame of the InnovEOX project, we will develop electrochemical advanced oxidation processes to eliminate the environmental contaminants as much as possible. These innovative oxidation processes are chemical free, do not produce waste, operate at ambient temperature and pressure and can be powered by renewable energy. I will leave the details to my Chemical Engineers Colleagues.

Rafael Reis was born in 1992 in Switzerland. Years after he moved to Portugal where he obtained his MSc in Pharmaceutical Sciences at the University of Porto.

After his graduation, he moved to Paris to perform an Erasmus+ internship at a toxicology laboratory in a hospital. Here, he started to do research in analytical chemistry, mainly in mass spectrometry. After the completion of this internship he was hired to work as a Hospital Pharmacist at the same laboratory for two and an half years. One of his main roles was to develop, optimize and validate analytical methods to be used in clinical pharmacology studies and in forensic toxicology.

Wishing to specialize more in analytical chemistry, he decided to enrol in a scientific master degree in Analytical Chemistry at the University of Paris-Saclay. In order to complete his studies, he performed a 6-month research internship at L’Oréal, SA in the Parisian region. His master thesis consisted on the exploration of the metabolism of pollutants mediated by skin cells models using high resolution mass spectrometry. This interdisciplinary internship gave him crucial experience into different fields of study and also the capacity on working in interdisciplinary research teams. 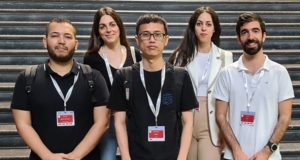 InnovEOX present at the 17th International Symposium on Hyphenated Techniques in Chromatography and Separation Technology (HTC-17) in Ghent, Belgium 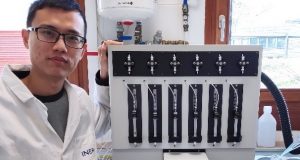 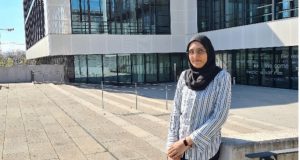 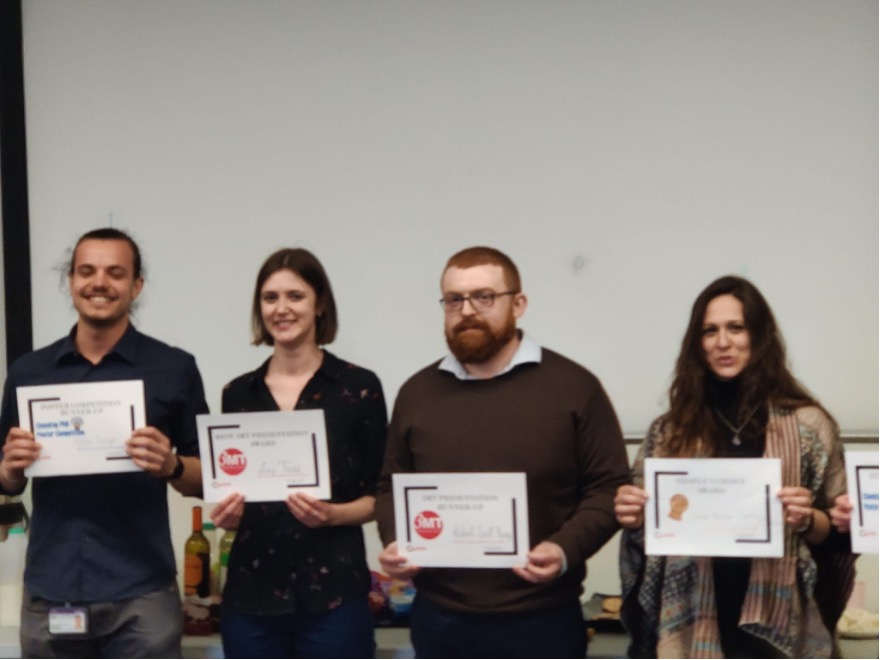 Hi everyone! I am happy to get back to you to keep you posted on ...