The 3rd Network Wide Event (NWE) of MSCA ETN InnovEOX project, took place between the 17-19th of March 2021 and was supposed to be held in the beautiful city of Gent, Belgium. Unfortunately, due to the current COVID-19 measures that are still in force, the meeting became virtual and was conducted for three full days via the video conferencing software Zoom. 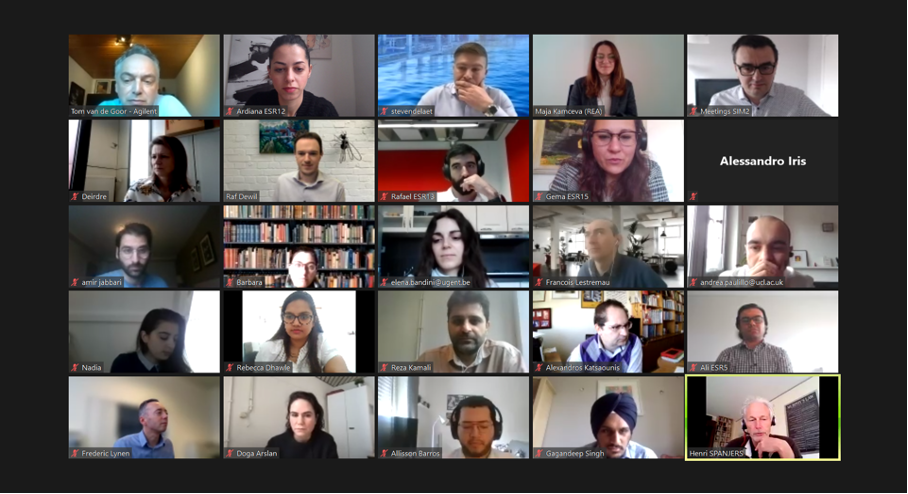 The first day started with a warm welcome and words of support from our Management team and continued with overall progress reports presented by the Project Coordination team. The first session of the day was reserved for Early Stage Researchers (ESRs) where they presented their technical progress made so far. Each presentation was followed by questions and feedback from our beneficiaries and partner organisations team. During the second session of the meeting, each work package (WP) were divided into separate breakout rooms and topics such as collaboration, deliverables, secondments etc. were discussed closely within the package. Before the day came to a close, the WPs leaders presented a summary to everyone of what was discussed and concluded during the day’s events.

The next day, the InnovEOX team had a Mid-term check meeting with the Project Officer (PO): M. Kamceva. After the short tour de table, where each member of the InnovEOX team could introduce themselves to her, the PO gave us a valuable presentation of a review of the H2020 MSCA grant agreement, where she explained all the responsibilities of the team, reporting, finances and more. 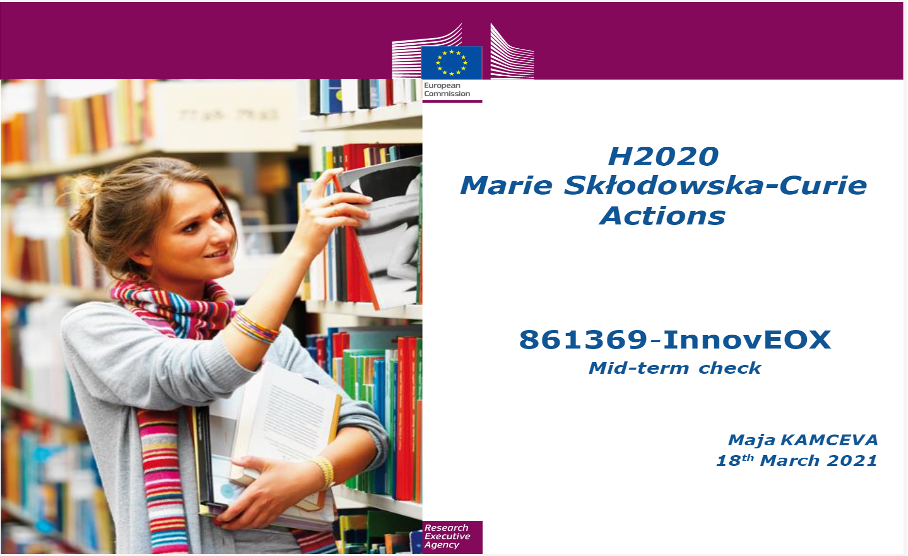 The Project Officer giving her presentation to the InnovEOX team.

Later that day, the ESRs prepared a short general presentation for the PO, where they provided information about their professional background, recruitment period and general progress they had made up to then. The ESRs also had a chance to talk to the PO in private (a breakout room) to address any issues regarding their project in general and discuss anything related that was not fully clear to them yet. Furthermore, a similar meeting was held between the PO and InnovEOX management team.

Meeting between the PO and InnovEOX ESRs

After the final discussion, the InnovEOX team met virtually as part of a social event, on Virbela. This allowed the team a chance to interact with each other in a more relaxed way. Virbela offers private rooms where the team were able to chat with someone in private, as well as an option to attend big conference rooms where everyone could be involved. 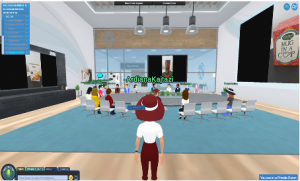 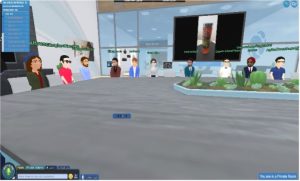 Lastly, training in ‘Validation in chemical analysis’ was given on the last day of the NWE by Prof Frederic Lynen (UGent) and Dr François Lestremau (INERIS). All ESRs learned about the fundamentals of chromatographic techniques and sample preparation for AOPs, detection in chromatography and validation of analytical techniques. 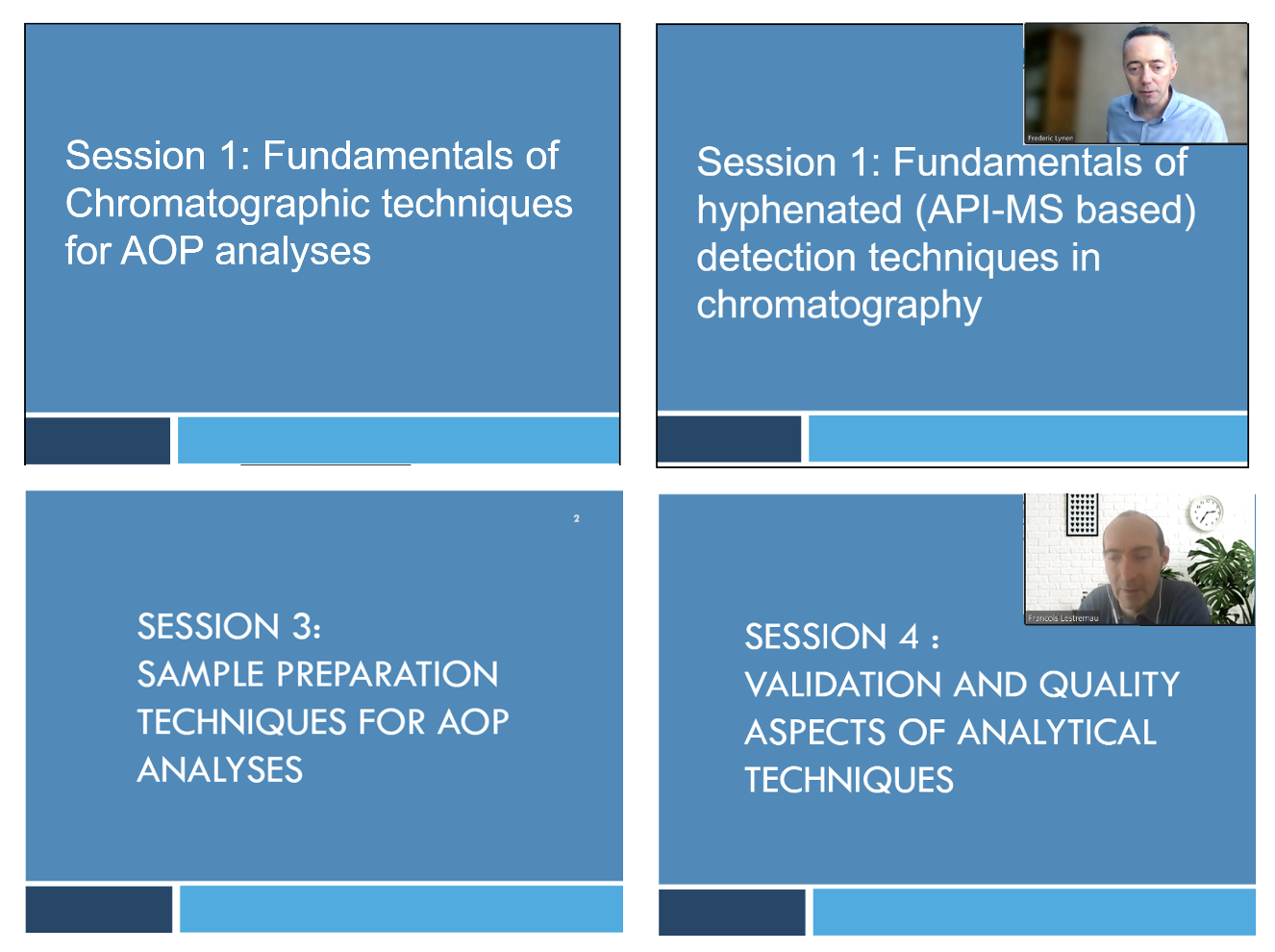 Ardiana Kajtazi is a PhD researcher at Ghent University who is originally from Medulin, Croatia.

At undergraduate level, she studied for a bachelor’s in Environmental and Public Health at the Faculty of Medicine, University of Rijeka, Croatia.

Before completion of her bachelor’s, she undertook a three-month voluntary programme with AIESEC in Iceland to work for the environmental non-profit organisation Worldwide Friends Veraldarvinir; as part of her gap year. Her job was to lead groups of volunteers by planning trips, organising tasks, working in greenhouses, making presentations about the environment and addressing plastic pollution issues; amongst many other things. After this voluntary work, she started to work in the pharmaceutical company JGL d.d. in Rijeka, Croatia, as an intern/student assistant responsible for work in drug finalisation, such as operating the machinery that packs pills, syrups and sprays.

2021-04-08
Ardiana Kajtazi
Previous: ESR2 – Gagandeep Singh Matharoo
Next: Production of hydrogen peroxide with a photocatalytic fuel cell and its application to UV/H2O2 degradation of dyes 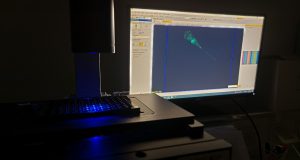 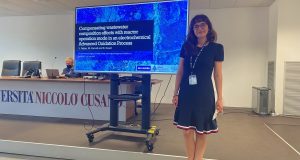 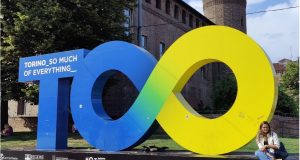 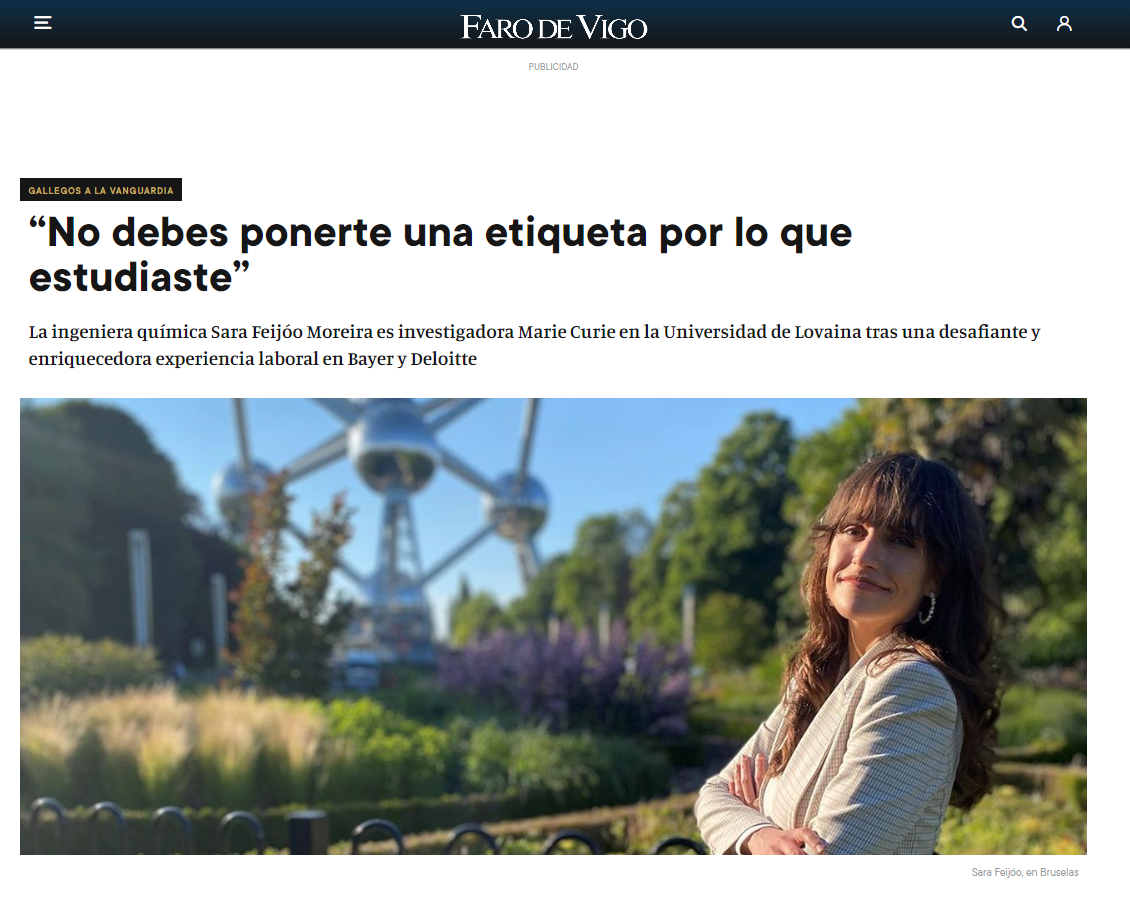