UCL has a global reputation for excellence in research. It is consistently placed in the global top 20 across a wide range of university rankings (currently 4th in the QS World University Rankings with a score of 98.9). Furthermore, the Thomson Scientific Citation Index shows that UCL is the 2nd most highly cited European university and 14th in the world. UCL’s total competitively awarded research income annually stands at an impressive € 530 million, of which 10% is European funded research & innovation, with over 700 projects funded during the Seventh Framework Programme (FP7) including more than 100 prestigious European Research Council awards. UCL also receives the highest share of any UK university of the UK Government’s strategic investment fund, and has recently invested more than € 310 million into state-of-the-art infrastructure to facilitate cutting-edge research across a broad range of disciplines. In line with UCL’s position as Europe’s 6th most active Higher Education organisation in FP7, UCL has expanded its European Research and Innovation Office as a dedicated central support and project assurance service for all Horizon 2020 projects in which it participates, who are currently successfully managing a total of 24 concurrent FP7 projects with a total combined budget of over €148 million.
The researchers involved are members of the Department of Chemical Engineering which has strong Catalysis/ Reaction Engineering and Particle Technology groups as was assessed in latest UK REF exercise and is a key partner on engineering in the UK Catalysis Hub. 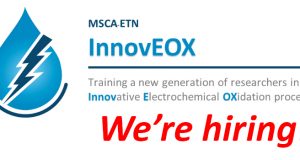 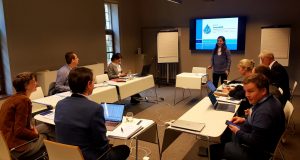